On this week’s roundup of Donald Trump’s tweets, we look at an important tweet that preceded a market reversal effect on USDRUB. This switch in the direction provided a great opportunity for traders, especially those who are following Trump tweets. If you’re interested to try tracking the tweet-affect, sign up with Exness, open the MT4 trading software platform, and wait till trump tweets again. 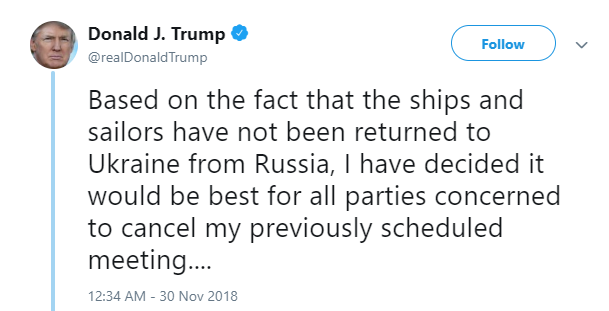 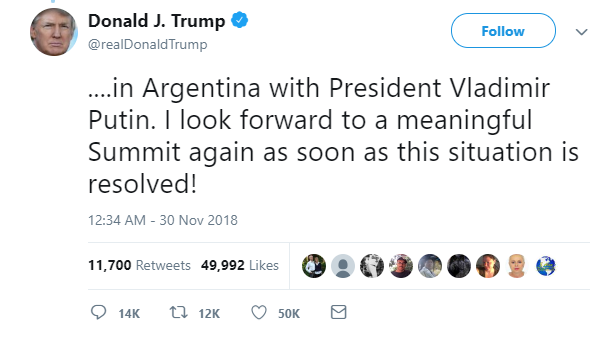 In this example, we witness a major bullish reversal of USDRUB. Trump tweeted that his scheduled meeting with Russia’s President Vladimir Putin was cancelled due to the recent Ukraine-Russia naval clash off the Crimean Peninsula. 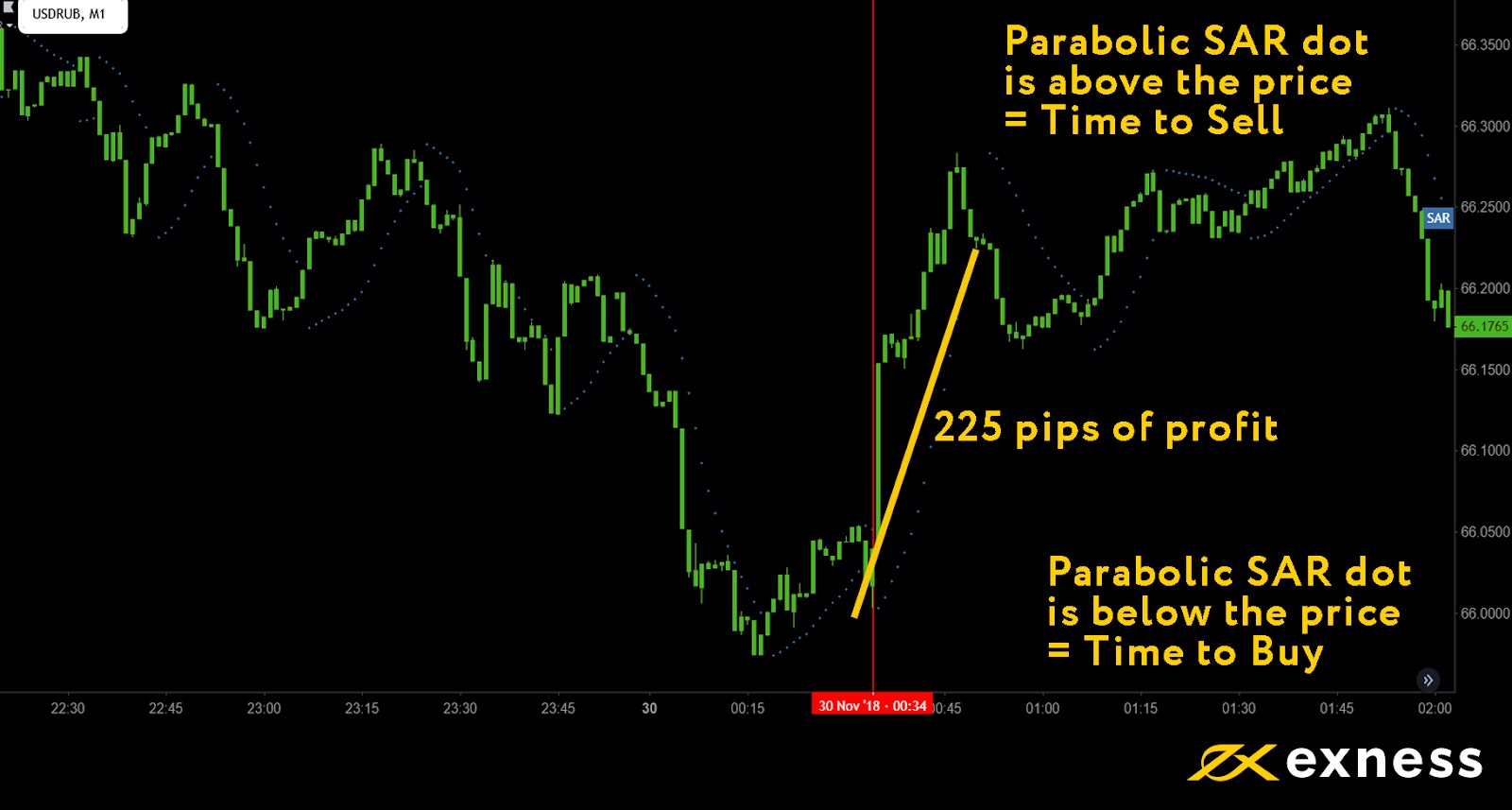 USDRUB prices shot up immediately after Trump’s tweet, which subsequently led to a bullish trend reversal. The spike could well be attributed to traders viewing this tweet as an added pressure on Russia from the US, which puts Russia’s assets under large uncertainty leading to a massive sell-off. Thus RUB depreciated against the USD and this led to the bullish trend reversal of USDRUB.

Traders who bought USDRUB after Trump's tweet would have bagged an impressive  225 pips profit. Open an account with Exness, get access to the MT4 trading platform. Check the USD currency pairs and wait to see what happens the next time trump tweets something.

This article is a marketing communication and does not constitute investment advice or research. Its content represents the general views of our experts and does not consider individual readers’ personal circumstances, investment experience, or current financial situation. This article is not prepared in accordance with legal requirements promoting independent investment research, and Exness is not subject to any prohibition on dealing before the release of the article. Readers should consider the possibility that they may incur losses. Therefore, Exness is not liable for any losses incurred due to the use of its articles. Please note that past performance of an asset is not a reliable indicator of future results.